Dr.Madhan, an IIM-Calcutta alumnus & Accenture Prolific Inventor (Title-of-Honor given by Accenture), is an inventor of 76 Commercially Successful Cloud AI & Analytics Product Patents (including 28 Patents Granted by USA, UK, Germany, Italy, France, Ireland & Australia) that are independently filed in USA, Europe/UK, Australia, Singapore & India regions. These products can generate $100M+ annual savings to 300+ clients including many Fortune 500 companies. With 18+ years of experience, he is currently the “Cloud Advisory Innovation Principal (AVP) & Lead – Cloud AI & Patents” at Accenture Innovation Hub, “Advisory Board Member” of Cambridge Scholars Publishing, UK, and “Founder Member” of Cloud Computing Innovation Council of India (CCICI). Prior to Accenture, he has worked as an Asst. Director & Principal Consultant at GSTF Singapore and as a Senior Member-Education & Research at Infosys. He holds a Ph.D. in Cloud Computing & Analytics from Hindustan University, India and an Executive Management program EPBA specialized in Business Analytics from IIM Calcutta. He is an AWS, Azure & IBM Certified Cloud Architect and IBM, MapR Certified Big Data & Hadoop professional.

He has received the “Top 100 Scientists Award” from IBC, Cambridge, UK in 2014. Accenture named him as “Accenture Prolific Inventor” (as 1 among 49 inventors) out of 5+ Lacs / 500K+ employees in 120+ countries as of 2019. He is also the recipient of the most prestigious global awards “Accenture Inventor Award” for 4 consecutive years from 2017-20 and “Cloud Tech Guru Award” from Infosys in 2012. In 2020, he has received a special recognition letter from Accenture CEO for his patents and innovations. He has featured 4 times at the “Accenture Greater Than Awards” in 2018 (India Winner), 2019 (Global Top 33), 2020 & 2021 (Global Top 13 & 12 Inventions), which is considered to be the highest recognition at Accenture in 120+ countries. He was recognized as “One of the Top 10% Most Viewed LinkedIn Profiles in India” by LinkedIn in 2012. He has received “The Albert Nelson Marquis Lifetime Achievement Award 2018” from Marquis, New Jersey, USA. He is also the recipient of the most prestigious “Inspiring Teacher Award 2010” from Teacher’s Academy at Osmania University, India.

Why these Webinars are Conducted?

The Industry Webinar series hosted by MYRA School of Business gives students an opportunity to connect with an expert to gain valuable industry insights. 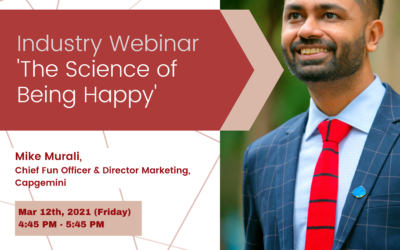 Industry Webinar on ‘The Science of Being Happy’ by Mike Murali

On Friday, March 12th, MYRA PGDM students attended a virtual lecture titled “The Science of Being Happy”. It was delivered by Mike Murali, Chief Fun Officer & Director Marketing – Capgemini. Capgemini is a French multinational IT-services company with over 120,000 employees in India. Mike Murali is a Bangalore-based executive with strong interests in branding, internal… 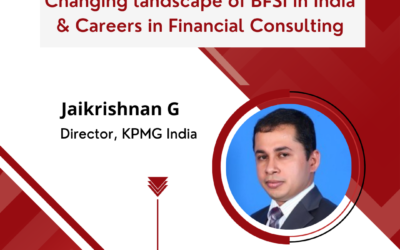 On Friday, Feburary 12th, MYRA students attended a virtual guest-lecture titled “The Changing Landscape of the Banking and Financial Services Industry” It was delivered by Jaikrishnan G, Director at KPMG. Jai has over 18 years of experience in Management Consulting. He specializes in the Financial Services sector – and currently advises Banks, NBFCs (non-bank financial companies), and FinTech… 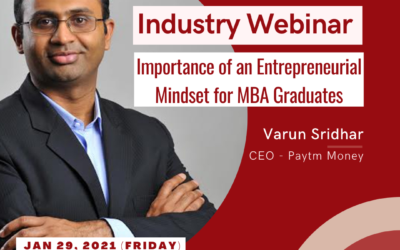 On Friday, January 29th – Varun Sridhar (CEO – Paytm Money) delivered a virtual lecture to MYRA students as part of the “Industry Webinar Series”. This was followed by a friendly Q&A session on Monday, February 1st. Varun’s talk was chock-full of wisdom based on personal experiences – and was extremely inspiring. The lecture covered: A detailed… 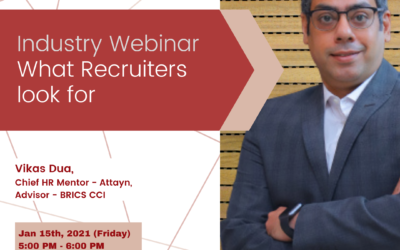 Industry Webinar on ‘What Recruiters look for’ by Vikas Dua, Attayn

On Friday, January 15th, MYRA students attended a virtual guest-lecture titled “What Recruiters Look For” It was delivered by Vikas Dua, Chief HR Mentor at Attayn and Advisor to the BRICS Chamber of Commerce and Industry. Vikas is an accomplished HR and recruitment professional with over 18 years of experience in both start-ups and large corporations like… 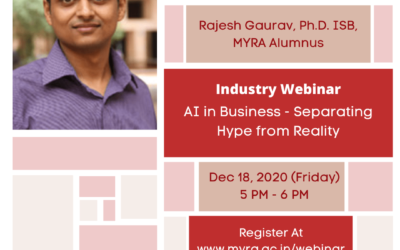 On Friday, December 18th, MYRA students and faculty attended a virtual lecture titled “AI for Business. Separating Hype from Reality” It was delivered by Rajesh Gaurav, an alumnus of the MYRA School of Business who has extensive experience working in Analytics and Data Science. Rajesh now enables firms to make better business decisions using a… 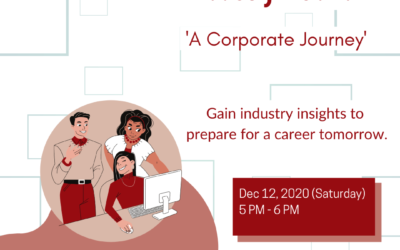 Industry Webinar on ‘A Corporate Journey & Learning from it’ by Karan Bamba, VP (Commercial) – Reliance Jio

Karan Bamba VP – Commercial, HPCL (Reliance Jio) Karan Bamba is a seasoned professional who has worked in Telecom for more than 25 years. His experience spansorganizations such as Siemens, Nokia, and HFCL – where he has held important roles in Engineering, Commercial, andBusiness Transformation. He currently heads Commercial for Reliance Jio as Vice President.On… 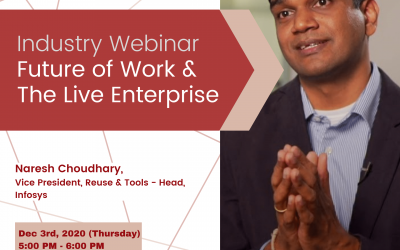 On Thursday, December 3 rd 2020, MYRA hosted Naresh Choudhary (VP – Infosys) to discuss the “future of work” in post-pandemic India, and to introduce “The Live Enterprise” – a new phrase that is becoming very popular amongst large tech companies. The guest lecture was fascinating – and shed light on a few new concepts.… 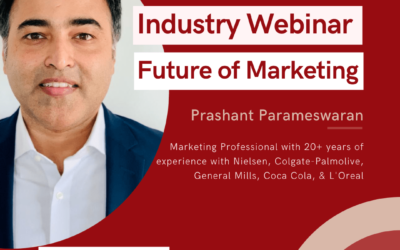 Industry Webinar on ‘Future of Marketing’ by Prashant Parameswaran

Prashant Parameswaran – Marketing Professional with 20+ years of experience with Nielsen, Colgate-Palmolive, General Mills, Coca Cola, and L’Oreal. On Nov 20, 2020, MYRA hosted a virtual talk by Prashant Parameswaran – a leading expert on corporate marketing.Students, faculty, and the general public attended this entertaining session – and gained valuable insights into thefuture of… 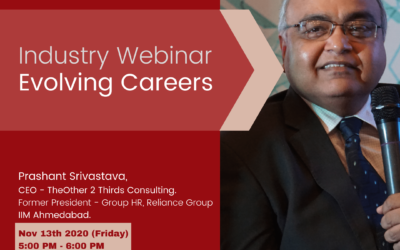 Prashant Srivastava, CEO – TheOther 2 Thirds Consulting. Former President – Group HR, Reliance Group IIM Ahmedabad. On Friday, Nov 13th, 2020, MYRA students were treated to an open and honest discussion around the consulting industry, and the opportunities that might be available to them in a post-pandemic world. The fun and interactive session was… 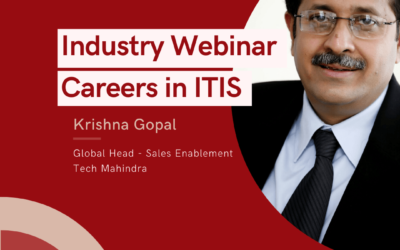 Industry Webinar on Careers in ITIS by Krishna Gopal

Krishna Gopal, Global Head – Sales Enablement, Tech Mahindra. The COVID-19 pandemic has suddenly (and completely) disrupted the global business landscape! How are IT companies in India adapting to this “new normal”? Why are HR managers changing their hiring practices? What immediate steps can MBA students take to make themselves highly competitive in this new…